This Sunday saw the 'chums' gather at the Sherwood soldier shack for another game of Midgard, the upcoming heroic battle rules that James has been writing and we've been playtesting this last year or so. See James blog for far more detail on the battle and the rules.

James and I lead the undead forces of Hades against Paul and Tom, who commanded Basil and his Greek forces.. their mission was to escort the captured Cerberus out of the underworld. It was a nip and tuck affair, the undead almost losing the day, but being sneakk sneaksters, managed to recapture the pooch just in time.

It was a thoroughly enjoyable day, and great to get my old hoplites and newly painted skeletons out on the table for a bash in the underworld. I was a bit brain fogged so handy to have the rules author on your team!

Next blog post I think I'll post some better pictures of the skeleton army (which I thought I'd 'finished' but now want to expand further!) 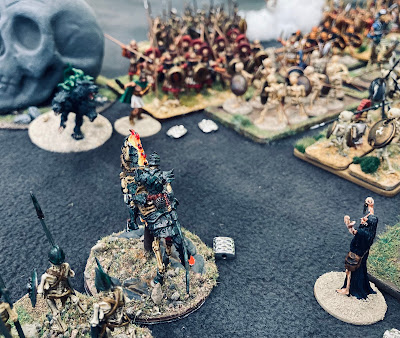 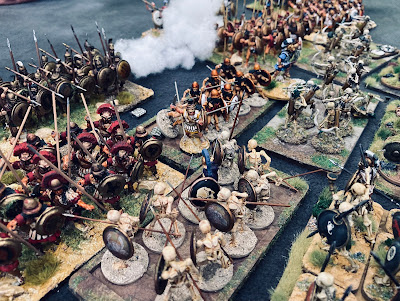 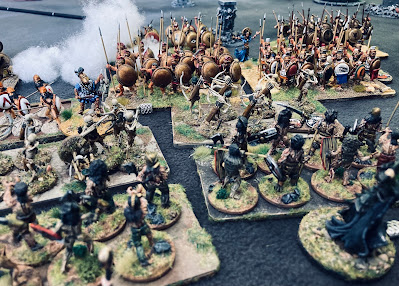 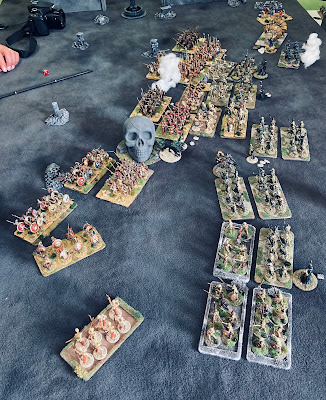