ACW is one of those periods that has kind of passed me by really. I can see the appeal of wargaming the conflict, but for whatever reason, it's not something I've really tried. Probably partly to do with a long-standing hankering to 'do' something more European for that period - 1866 Germany etc.

Anyway - yesterday I was invited to join Scrivs over at his house to play 'Bloody Lane', which I learned was an element of the battle of Antietam. We were using his extensive ACW collection, with Scrivs and I leading the Union forces in an attempt to dislodge the Confederates, commanded by Nick (NorthStar) from said lane. (I believe some of the commanders were Nicks figures too).

We were using 'Picketts Charge' rules which I wasn't familiar with, but with suitable coaching from Scrivs, were pretty intuitive to pick up. (They are mechanically quite similar to the 'General d'Armee' Napoleonic rules we used before)

The Union forces really struggled to get going this day.. Nick winning and retaining the initiative for much of the game and even starting to push out on to our right flank, as we struggled to co-ordinate our brigades. Eventually Scrivs Irish brigade broke onto the lane, and I had some success in the centre, but it was to be in vain, as the Rebs forced the issue at bayonet point, winning the lane and the day.

I took rather a lot of photos! 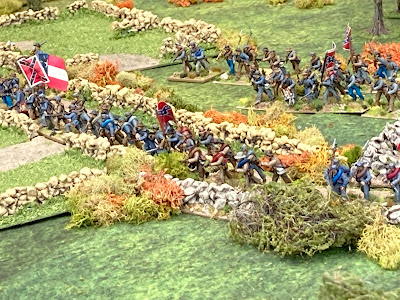 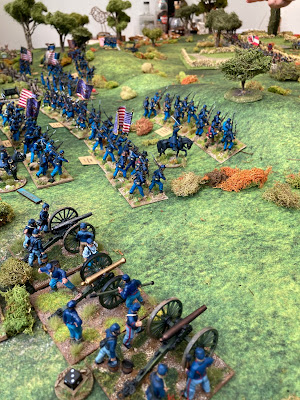 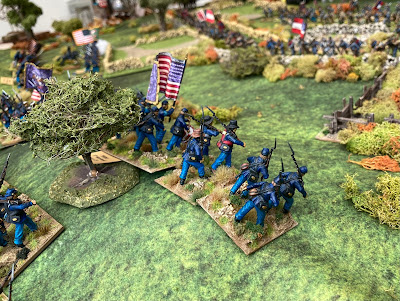 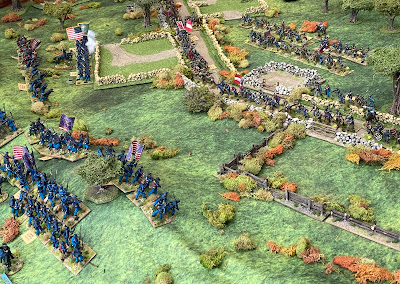 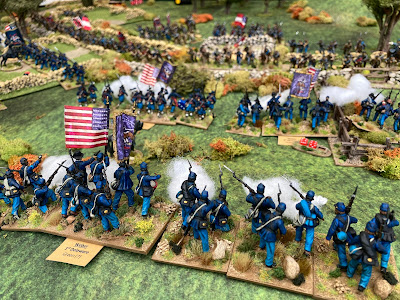 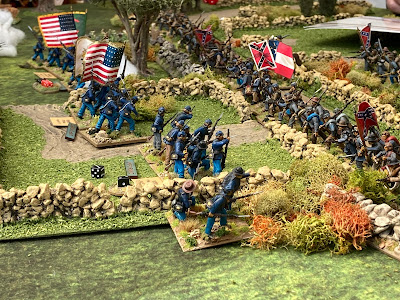 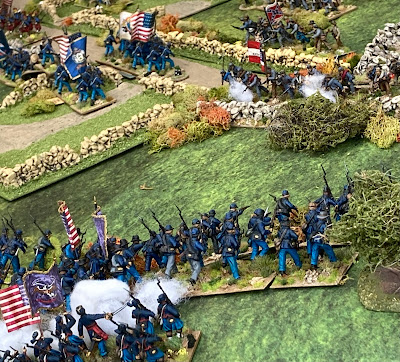 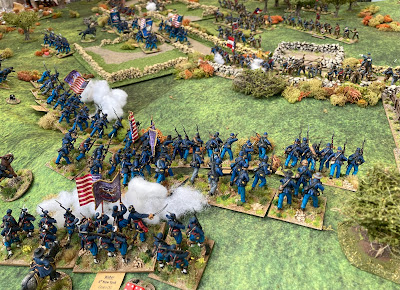 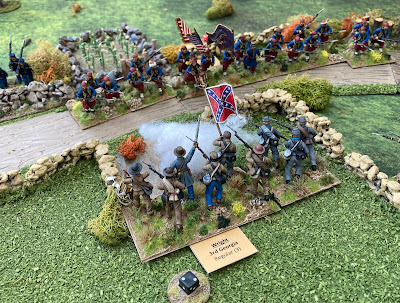 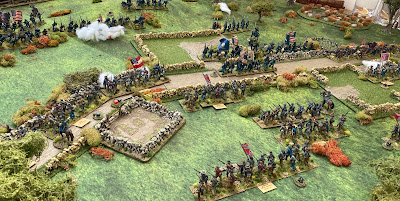 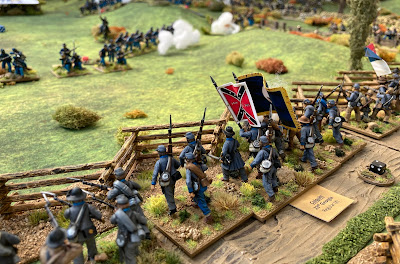